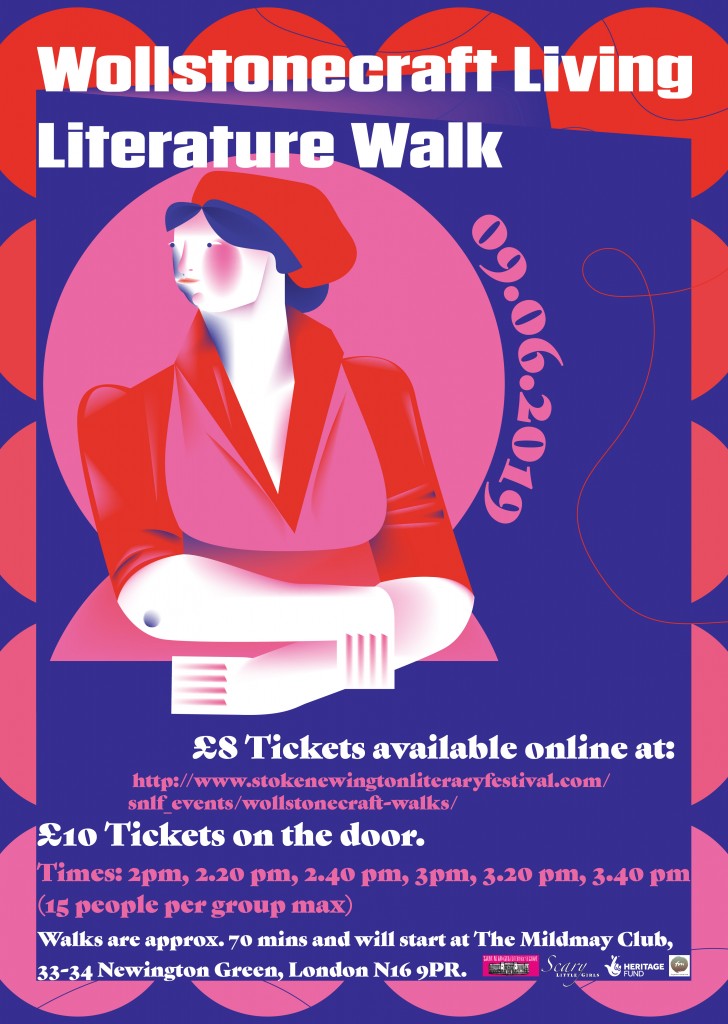 We are delighted to project our brand new Wollstonecraft Live! short, following the reading and performance at Newington Green Meeting House in 2018 at  A Celebration of Mary Wollstonecraft https://bit.ly/2PczPJ4

Mary Wollstonecraft (1759-1797) lived and worked on Newington Green, London now recognised as the birthplace of feminism. She meditated and prayed in Pew 19, Newington Green Meeting House.

Anna Birch is herself a transhistorical neighbour of Wollstonecraft having lived and worked at Newington Green for years!  She has celebrated the often-hidden achievements of Wollstonecraft since 2000. Through performance, film, outdoor screenings and book publishing and often internationally her company Fragments & Monuments continues to create a living monument to her legacy.

It was wonderful to be in such an atmospheric church, sitting in Mary’s pew. Marys words resonate as strongly today as they did when she wrote them. The phrase that stays with me most is when Mary said that she wanted love and she also wanted to earn her own living. In so many ways she’s such a modern woman! Audience member, 2018

NEXT UP: Wollstonecraft Living Literature Walk

For more on our contribution to raising awareness of Wollstonecraft through performance and film and Anna’s living monument methodology see:

Anna is a founding member of the Mary on the Green Campaign working to raise funds for a sculpture by contemporary artist Maggi Hambling, which will be the world’s first memorial to Wollstonecraft. Donations gratefully received at www.maryonthegreen.org