My ongoing research is through performance and film. My work is sited outside the theatre building to reveal hidden histories of women. By researching and using found spaces to generate live performance the work interrogates gendered space, inclusion/exclusion, local and global relations and representations of identity. The format for my projects begins by finding a space e.g. Newington Green, London or Glasgow Green, Glasgow, researching hidden histories from local archival material, personal testimony, scenographic design that has on one occasion included a road closure. In the process a new archive is made as a gesture of appreciation and ongoing gift. This work in the public space invites participation from passers-by, local business, commuters as well as ticket holders. The creative team makes a performative intervention and our presence engages with the spatial and temporal coordinates of local history bringing a particular erased experience into focus. My feminist performance research continues to investigate and draw on the work of Judith Butler, Rebecca Schneider, Gaytari Spivak and Mary Wollstonecraft.

Read our  ’About the Director’ page for most recent activity 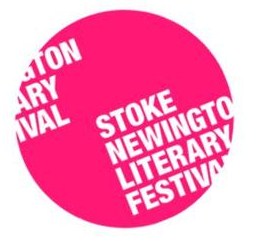 Anna Birch and Taey Iohe performative lecture South Korea FIRT/International Federation of Theatre Research Seoul, Korea looking at what space, place and identity might mean in the context of a particular neighbourhood in north east, London, UK. Our investigation is a collaboration between two artists one born in Seoul, Korea who now lives in London and the other born in the UK who lives in London. Taey: The collaboration is based on virtual and live encounter between Na Hye-Seok (1948-1896), the first Korean woman painter in western style Anna: and Mary Wollstonecraft (1759-1797), the first British feminist.

2007
September 15th The Wollstonecraft Live Experience! outdoor screening and live music event celebrated the life of Mary Wollstonecraft (1759-1797) once again by projecting the 20 minute film of site-based, multimedia performance Wollstonecraft Live! onto Newington Green to an audience of over 200 people (80% local people). Picnic mats designed by Tina Lonergan defined a space where people enjoyed delicious picnics, learnt more about Wollstonecraft and their local history and met each other in a safe and public space. The Deirdre Cartwright Trio played their great sounds and VJ Jana mixed the F&M visual archive using ISADORA Software. DVD available now

The Wollstonecraft Live Experience! Ruskin Gallery, Anglia University, UK
March Ruskin Gallery, Cambridge Fragments & Monuments were invited to display the F&M artifacts as part of the ‘Modes of Spectating’ Conference led by Christine White and Alison Oddey. This invitation helped us to develop the project in new spaces – now moving into the gallery to look at our work from a fine art and performance perspective. The relationship of our audience to our work, the spectators and participants in our work could be discovered through a new lense. For the ‘Modes of Spectating’ conference the gallery visitor was given the opportunity of re-discovering, re-reading and re-visiting the artifacts generated by our live and mediated performances of Wollstonecraft Live! (2005). This renactment of the show creates a space where the concepts and material outcomes eg. the script and costumes can be viewed in a new way.See Artangel Battle of Orgreave at Tate Modern in The World as a Stage exhibition October 2007 where the artefacts and research are assembled and reviewed in a new context also Mark Wallinger ‘The State of Britain’at Tate Britain

Wollstonecraft Live! a multimedia history of Mary Wollstonecraft Britain’s first feminist. A.I.R. Gallery, New York, USA
February 16th A.I.R. Gallery New York Gallery installation making global links. We were invited by artist Daria Dorush to presentThe Wollstonecraft Live Experience! We wore the ‘white box dresses’ and tool belts (yes! they did eventually get through US customs)in a performance installation spin off. Audience reaction was good and we made transatlantic connections with Tom Paine and his contribution to the American Constitution and Harvard University which had begun its days on Newington Green, London.

2006
Spit-Lit Festival, Hackney, Kaethe Fine and Anna Birch opened the festival and Ros Phillipps presented clips from the live performance – clubbing after this event was memorable!

2006
Spice Festival, Hackney dressed as Mary Wollstonecraft in the ‘box dresses’ Katherine Vernez and Anna Birch chatted with festival visitors. Katherine was very popular because of her recent appearance at Hackney Empire

Wollstonecraft Live! opening night was a gala to celebrate the regeneration of Newington Green, our professional company supported by Central Saint Martins students gave everything in a fast paced double bill: ‘Mother of feminism reborn in triplicate. Wolstonecraft makes a great multimedia heroine. Long may she live! Hermione Eyre, Independent on Sunday, Talk of the Town, 25 September 2005. see www.wollstonecraftlive.com for full cast and crew. ‘By bringing ‘this active restless spirit’ back to Newington Green and by continuing to re- play this performance, they hope to create a monument to this amazing woman.’ Fragments of a Life: performing History on Newington Green, Theatre Forum. Prof. Lesley Ferris November 2005.

The trilogy is in three parts:
2001
Di’s Midsummer Night Party out door screening Stoke Newington Festival the film of the performance was projected on the front of Clissold House, reversing the production in 2000 where the audience entered through the back door of the house, the projection brought the little known interior of the house onto the exterior making this architecturally significant building visible.

1998
Lovely Stones by Janet Goddard Scenofest Central Saint Martins College of Art and Design with Princess Diana ( to commemorate her death one year on) and Adela and Miss Julie this show skillfully crafted by Goddard opened on a special coach hired by us to take the audience across the River Thames integrating the beautiful London panorama into our scenography to Borough where the show continued in a disused factory now Miss Julie’s dream hotel.

1996
Dogs are Alone Too and they Survive! MA Scenography final show devised by Madelon Schwirtz and directed by Anna Birch Central Saint Martins College of Art and Design, University of the Arts , London. By taking Top Girls by Caryl Churchill as a template we devised a physical theatre and installation in a train carriage with an interior and exterior space specially built for the Lethaby Gallery, C.S.M. where water melons were famously thrown and our first real-time picnic enjoyed by Adela and Miss Julie.